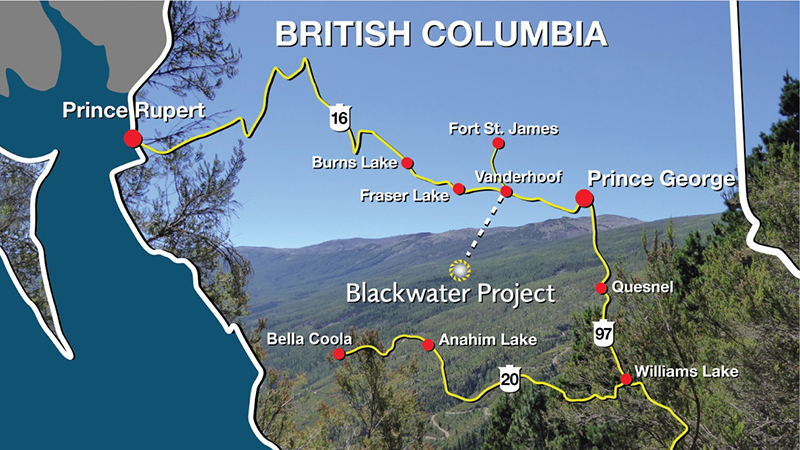 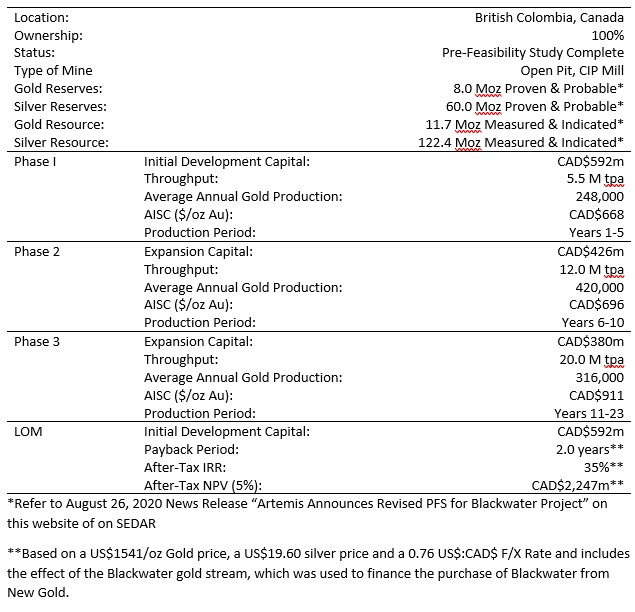 A Disciplined Staged Approach to The Development of the Blackwater Gold Project:

The Study was led by Moose Mountain Technical Services (“MMTS”), along with the support of Knight Piésold Ltd. (“KP”) and John A. Thomas, all of whom are independent of the Company.  The Company presents two cases as part of the Study: a base case which is unlevered, and an alternate levered case which assumes 60% of the initial funding requirement is funded through project debt.

The Company set out to achieve improved economics and financeability on the Project against the previous study (refer to the Feasibility Study technical report entitled “Blackwater Gold Project, British Columbia, NI 43-101 Technical Report on Feasibility Study” with an effective date of January 14, 2014, filed on SEDAR by New Gold on January 22, 2014 (the “2014 Feasibility Study”)).  Artemis’ methodology and approach to development of the Project includes the following:

Key Results of the PFS, Life of Mine (including the New Gold Inc. Stream, defined below) 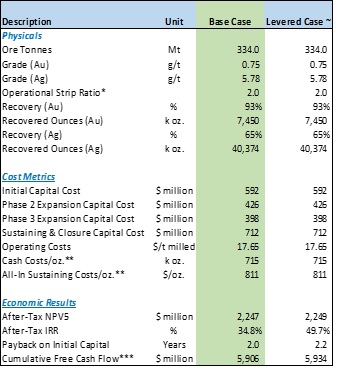 **Please refer to Non-IFRS measures notice at the end of this news release.

The base case economics have been calculated on an unlevered basis, based on a gold price of US $1,541/oz., a silver price of US $19.60/oz. and a foreign exchange rate of CAD$1 = USD$0.76.  The economics include the effect of the Blackwater gold stream (the “Stream”), which was issued to finance part of the acquisition cost of Blackwater by Artemis from New Gold Inc. (“New Gold”) (refer to news release dated August 24, 2020).  Under the terms of the Stream, New Gold will purchase 8.0% of the refined gold produced from the Project. Once 279,908 ounces of refined gold have been delivered to New Gold, the gold stream will reduce to 4.0%. New Gold will make payments for the gold purchased equal to 35% of the US dollar gold price quoted by the London Bullion Market Association two days prior to delivery.

The tables below show the sensitivity of after-tax NPV and IRR to changes in the US dollar gold price and the CAD/USD exchange rate.